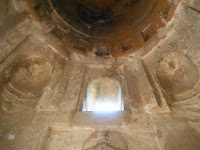 The name of this Lodi period structure literally means ‘narrow domed building’ which is very appropriate, given that the walls are tall in proportion to their width.

1)    This structure was probably built later than the building but its purpose is still not clear.
2)    There is no grave inside, and it is believed that this is not a tomb but it may be a   gateway.
3)  A broken half-wall runs along the eastern  side of the building and if complete - might actually have blocked the entrance into the building on that side. 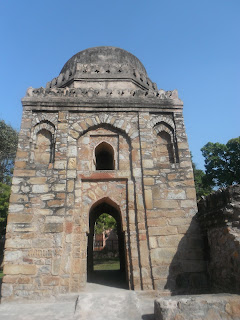 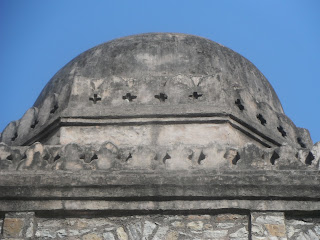