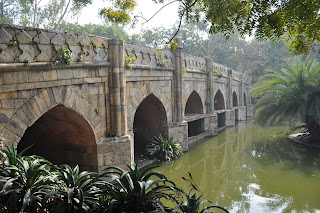 Athpula bridge was built during the region of the Mughal king Akbar, the bridge was constructed to span a stream that went through this area and probably joined the Barahpula nala further south which fed into the river Yamuna.
Some Interesting Facts!!
1)   The name Athpula is derived from ath (eight) that refers to the eight pillars that support the seven arches and 'pul' of course means a bridge in Hindi. The span between the arches reduces from the center to the bank of the stream. 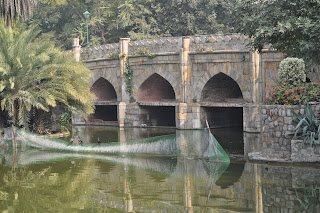 2)   The bridge is placed diagonally across the stream and has a beautiful curving shape.

3)   It is not clear which road went over this bridge, but the presence of a Mughal  garden nearby suggests that this was an important resting place. 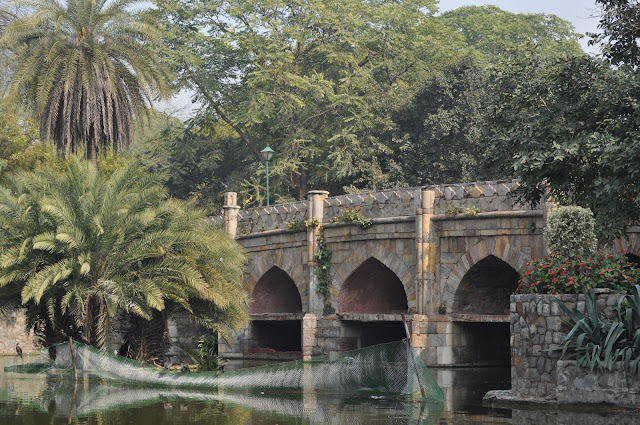