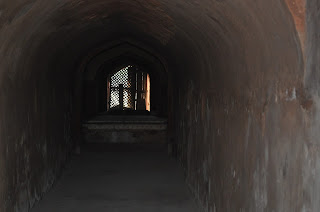 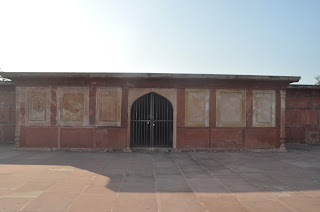 The tomb was built in the memory of Najaf Khan and his daughter Fatima. Najaf Khan was a Persian adventurer in the court of Mughal emperor Shah Alam II.
Some Interesting Facts!!

1)    Najaf Khan created an army that was very powerful it is said - "that in 1781 the army of Mirza Najaf Khan was the most formidable military force in India" It is also said that the army was very corrupt. 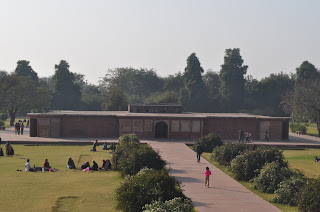 2) Six years after the death of Najaf Khan the army collapsed.

3) The mosque of Najaf Khan was built at the center of an enclosure on a raised platform overlaid with red sandstone. The tomb is without a dome. The roof has a flat surface. It is a unique architectural design that is not seen in the Lodi era.
Posted by Tanay Gupta at 07:18 No comments:

Sheesh Gumbad is also known as the ''Glazed Dome'' and  it is located in Lodi Gardens. It is a beautiful example of the Lodi period architecture. Some historians say it was built for a minister under the reign of Sultan Sikandar Lodi, but others believe it to contain the tomb of the first Lodi Sultan Bahlul, Sikandar’s father. 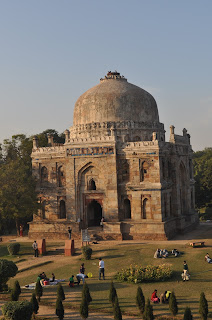 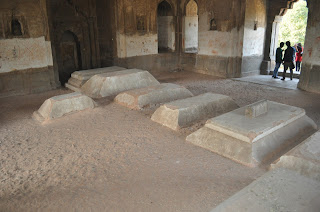 1) There are many graves inside Sheesh Gumbad. Who they belong to is a mystery . 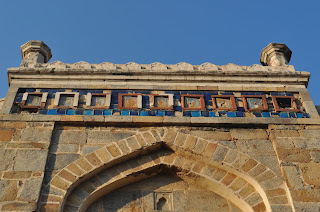 2) The remains of the glazed blue tiles on the outside gives it the name Sheesh gumbad (glass dome). It is said that the tiles of the Sheesh gumbad were imported from Persia.


3) Sheesh gumbad is smaller in size than Bara gumbad, though it is architecturally very similar to Bara gumbad.

4) The ceiling is decorated with incised plaster work containing floral designs and Quranic inscriptions.
Posted by Tanay Gupta at 05:10 No comments: 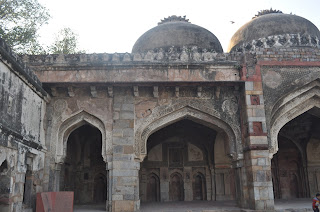 This three domed mosque was built in the year 1494 during Sikandar Lodi’s reign, according to an inscription on its southern interior. The mosques hall is faced with five arched opening and a frontage of bracket-and-chhaja cornice above them and tapering minarets at the rear.
Some Interesting Facts!! 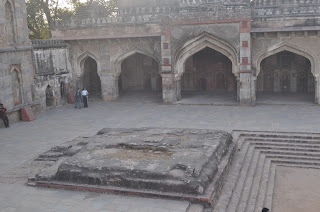 1)    The long hall in the front of the mosque was built as a Mihman Khana or guest house. The tank in the center of the courtyard appears to have been filled and a grave laid there. A mystery till date exists, as to whose grave it is.

2)    The interior of the mosque is extremely rich in arabesque stucco decoration, paintings and quranic inscriptions. 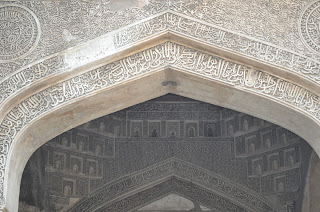 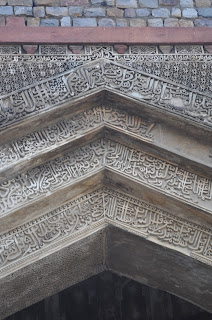 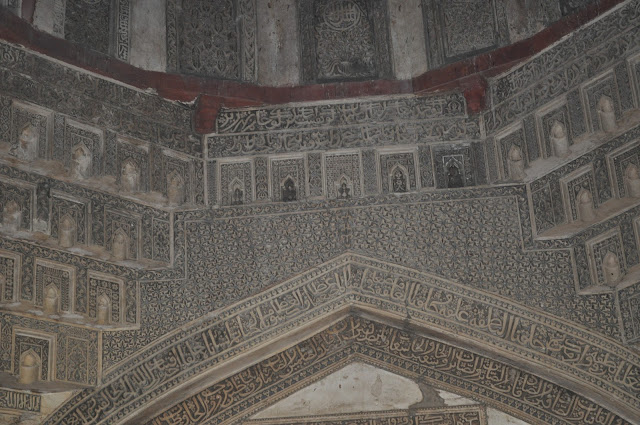 3)    This mosque measures 25m by 6.5m. The structure is a fine example of decorative technique of incised and painted limestone plaster used during the lodi period. 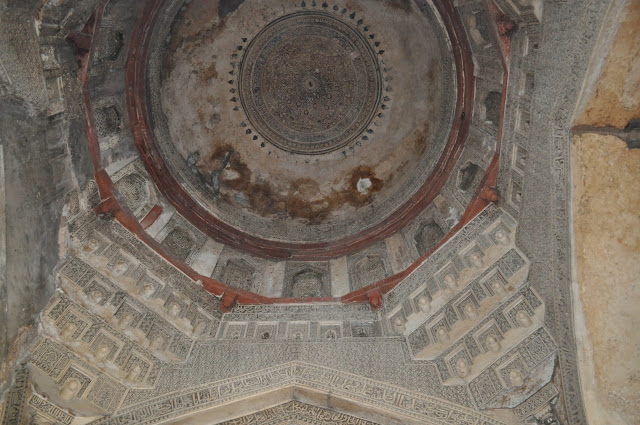 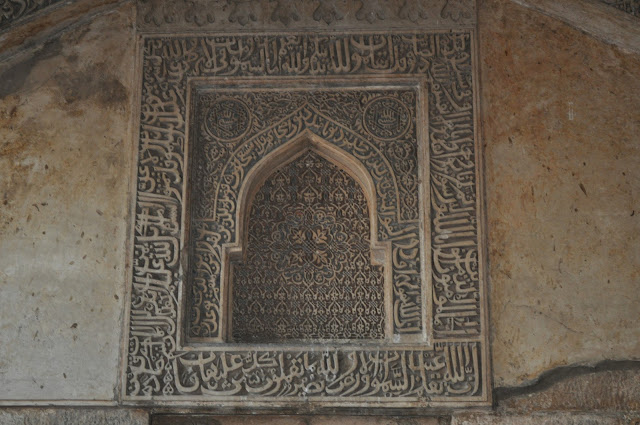 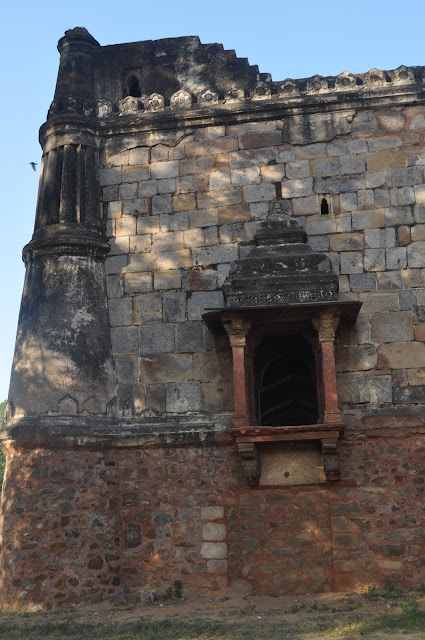 4)    The cantilevered, enclosed opening and corner turrets are shaped like the Qutub Minar. 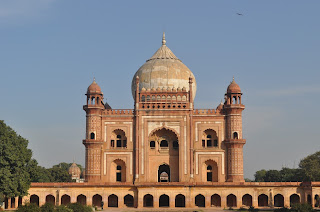 Safdarjang’s Tomb was built in 1753 by Nawab Shujau’d-Daulah in memory of his father Mirza Mupin Abul Khan. The monument is entered through a gate on the east. The double storied gateway has many apartments, a court yard and a mosque.

1) The tomb was built for safdarjung, the powerful prime minister of Muhammad Shah. Muhammad Shah was a weak mughal emperor this was probably the only noteworthy structure being erected after the death of Aurangzeb. It is said to be "the last flicker in the dying lamp of mughal architecture".

2) The Marble and sand stone for this structure was removed from the tomb of Abdur Rahim Khan-I-Khana. 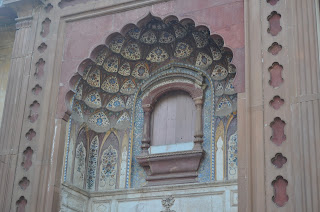 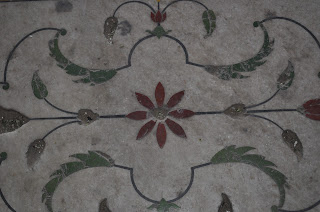 3) The garden is divided into four squares by side pathways and tanks which are again divided into   smaller squares and pathways, on the Char Bagh Pattern. 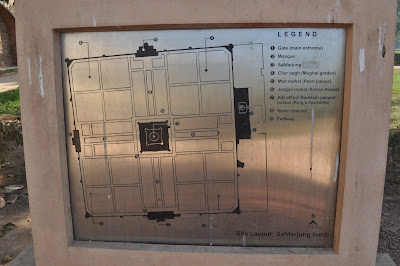 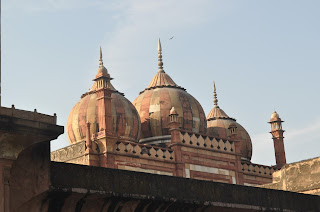 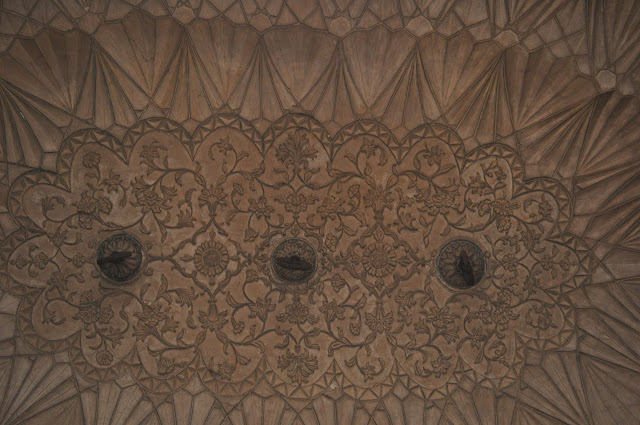 4) The double storied mausoleum measuring 18.29 m square built with red and buff sandstone relived by marble stands in the center of the garden and rises from a high platform. The platform has a number of cells beneath it. The structure has a center chamber, surrounded by eight apartments around it. The corners of the tomb are occupied by polygon towers and the bulbous dome rise to form a sixteen sided drum. 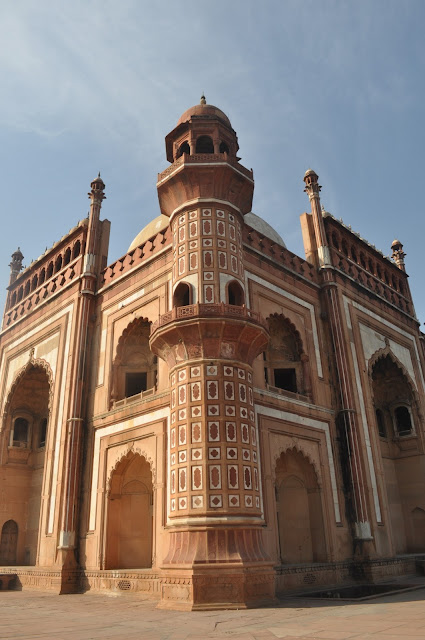