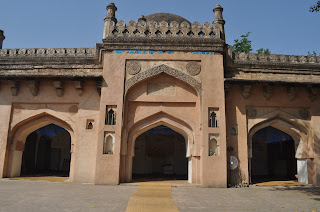 Nili Masjid is located in Delhi within the Hauz Khas Enclave. It was built during the reign of Sinkandar Lodi between the years 1505-06 by a nurse. 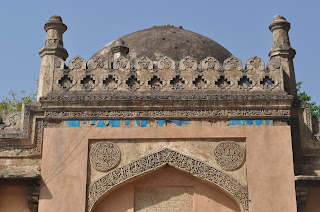 1)    The nurse, Kausaumbhil served Fath Khan who was the son of Khan-i-Azam - the then governor of Delhi.

2)    Only the central chamber of the mosque remains  It has three-arched openings and a dome. The central arch has the construction date in scripted on it.

3)    It is a rubble built mosque but has been well plastered . The name "Nili" comes because the facade over the Chajja is decorated with blue tiles.

4) Though not maintained very well, this mosque is in use as of today. 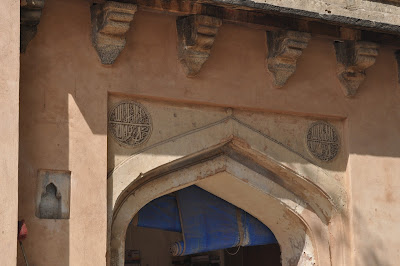 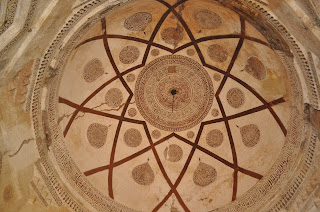 The tomb measures 13.5m by 13.5m, forms a junction of two wings in the collage, and the top of its dome is the highest point of the entire complex. 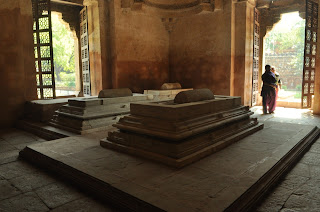 2)    The inception on the south entrance tells us that repairs to the building were carried out under the orders of the king Sikandar Lodi in the year 1508. 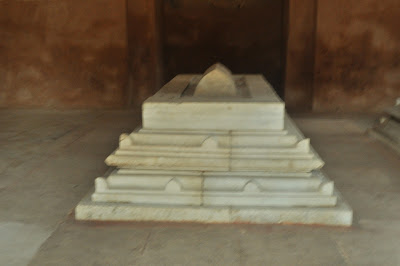 3)    The grave in the center of the chamber is that of Ferzo Shah, while the other marble graves are said to be of his son and his grandson.
Posted by Tanay Gupta at 03:26 No comments: 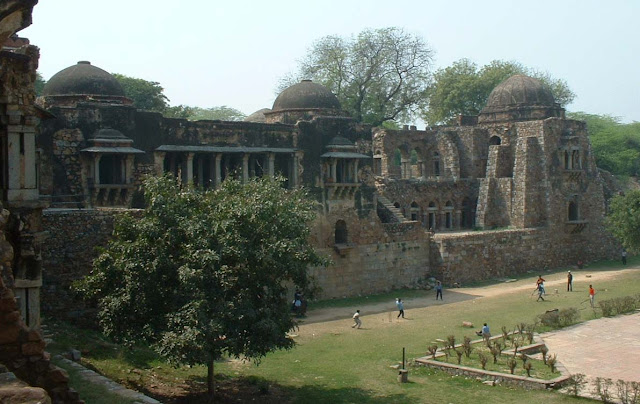 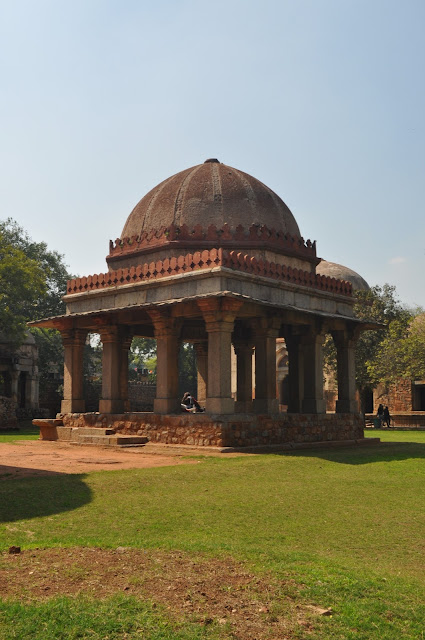 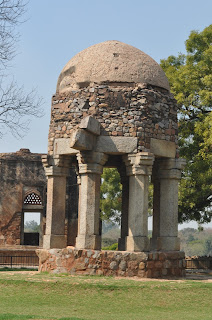 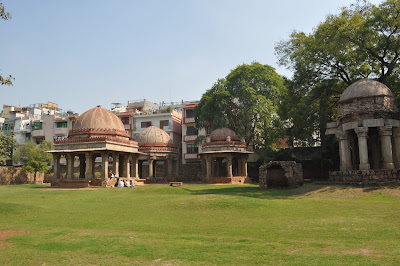 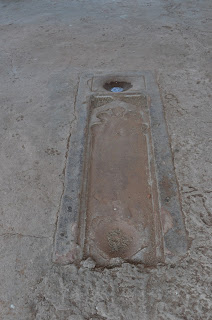 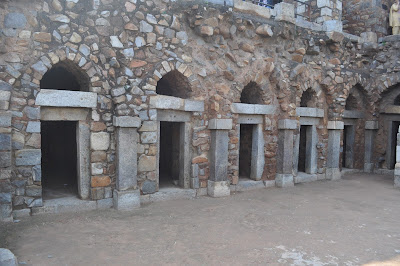 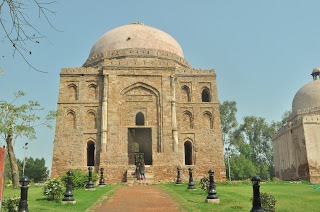 The term Dadi Poti means (grandmother and granddaughter) used for two tombs placed side by side was perhaps coined because the fact that one tomb is bigger than the other.
Some Interesting Facts!! 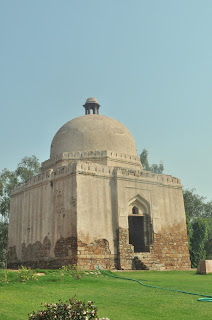 1)  It is not known who was buried here. 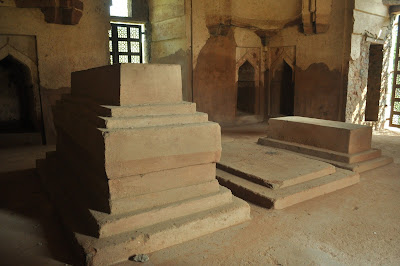 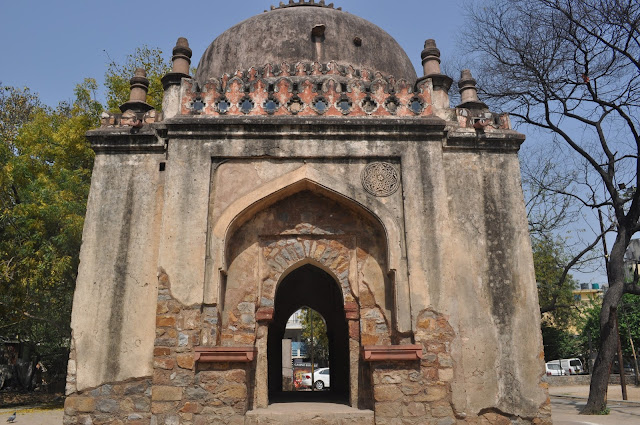 The tomb belongs to the Lodi period. To the east side of the tomb there are remains of a rubble wall. The tomb is a square plan and it has arched opening except the western side, which has recessed Mihrab (a niche in the wall, at the nearest point to Mecca) 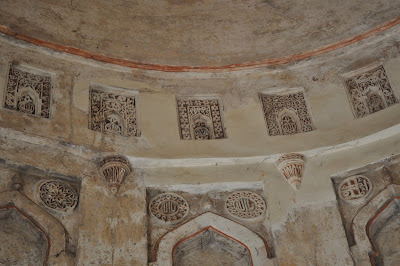 1) The interior wall and domes are embellished with geometrical deigns and Quranic inscription incised in plaster.

2) Externally, the notable features are the decorative battlements/Kanguras at the palate and drum level, minarets and ornamental medallions etc. 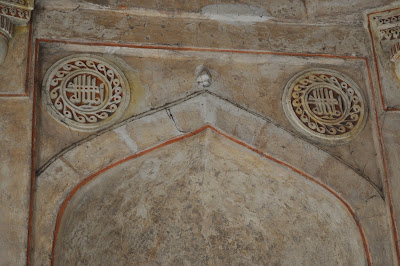 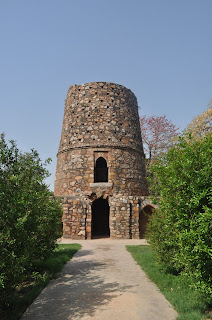 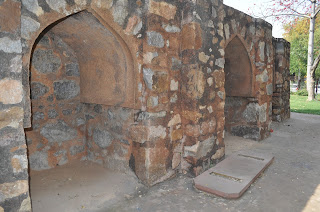 This Minar is built of rubble masonry and - stands in the center of a platform. Each of the four sides of the platform has three arched recesses, the center one being the east of the doorway which gives access to a spiral stairs leading to the top.
Some Interesting Facts!!

1)    The Minar itself is circular in the plan and tapers towards the farther end.
2)    The monument is known as Chor Minar because it was possibly built to strike terror in the hearts of thieves by placing their severed heads in these holes for public exposure !! 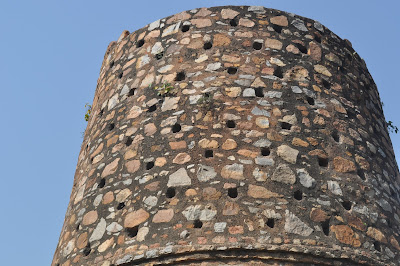